I'm attempting to post via tablet so please bear with me if this turns out looking like total bananas.
Ok... I've had time to cruise online for some donors and "fixers" for sale, mostly on Ebay, and it seems that there's a TON of confusion regarding the identification of different SX70 models... specifically the tan/chrome models. I'll do my best to bust some myths (I've touched on this before but just a bit) and clarify some differences between SX70 Model 1 and SX70 Alpha 1.

First and foremost... what appears to be chrome or stainless steel is actually electroplated plastic. Early SX70 models have a brushed chrome finish while later models, specifically Alpha 1 models, have a matte steel finish. The only parts that were solid metal were on first generation Model 1s and Model 2s which was the aluminum shutter board... it can be seen when the film door is open under the shutter faceplate.
There are some exceptions though. I've seen some "transition" models that have both brushed and matte parts. Most often though, if the faceplate is matte, its an Alpha 1. It's impossible to replace a Model 1 brushed "chrome" faceplate on an Alpha 1 without modification.


How to identify an Alpha 1:

The film door ID plate - If it says Alpha 1, it's probably an Alpha 1. Though it's easy to swap film doors so check the other identifying characteristics below (as well as the matte steel finish on the body) to confirm. If it simply reads "SX70 Land Camera", it's most likely a Model 1. "Model 1" was never printed anywhere on the camera... it was always referred to as "SX70" until various models were produced. 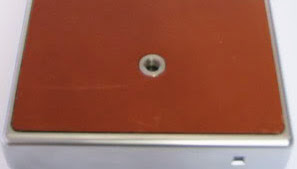 Strap clips - If you see these little bars on the rear of the camera, these are for connecting a strap. Alpha 1s had these. Model 1s did not.


Flash fill capability - While not a visual cue, starting with the Alpha 1 ECM substrate (circuit board) users had the ability to use flash fill in daylight shadow conditions. This was automatically determined by the camera once an electronic flash or flashbar was connected to the flash fire assembly. From what I've researched, all cameras have this capability with the exception of early Model 1 and some Model 2 cameras.


Focus lens scale - Early Model 1s simply had tic lines on the ring of the lens while Alpha 1s have distance increments. This isn't entirely reliable as some older Model 1s were retrofitted with numeric lens rings. 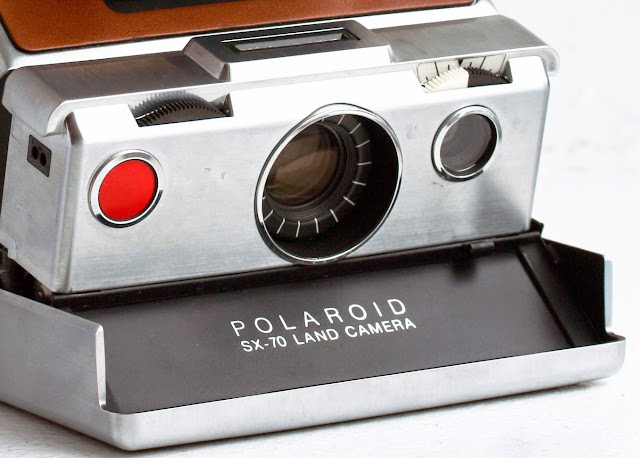 So why the fuss about the difference between the two? Alpha 1s are generally worth more because of the improvements Polaroid made with both cosmetics and electronics. From what I've seen, and often using these cameras myself, Alpha 1s offer better exposures, better fresnel viewfinder optics, and better electronics (more efficient and quicker motors were used as well). It's much easier to repair electronics on an Alpha 1... the later flex circuitry is so much nicer to work with as the risk of delamination while using a soldering iron is just about zero.
In a nutshell... Alpha 1s are awesome. Heck, all SX70s are fantastic! Just keep your eyes open before buying what some folks may call an Alpha 1. They're most likely not trying to rip you off but it will help knowing what to look for before you pull the trigger on a purchase. And of course if it doesn't work I'll be happy to fix it for you (shameless plug). Shop's closed!