The Polaroid J66 - Magnificent and Misunderstood 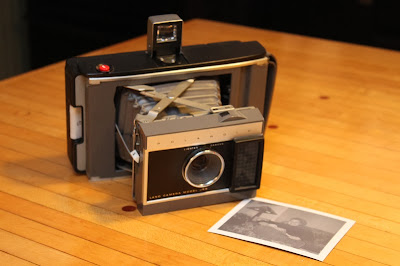 Hey kids! Time for something a little different. The last several posts have been a lot of SX70 nuts and bolts geekery and I wanted to switch gears and talk Polaroid cameras in general and the different formats used though the years. As promised in a previous post, I wanted to talk about some cameras in the 2nd Shot collection. It's not a huge collection but a good representation of various instant cameras from the past. I like using ALL kinds of instant formats... packfilm, roll film, conversions, integral, if it represents instant gratification, I'm absolutely fine with it.

2 years ago, Dubbs found an old Polaroid camera at an estate sale and brought it home for me. I admit my initial reaction was a bit of disappointment (great guy right?) as I remember reading about the rollfilm cameras and how they don't make film for them any more. Sure enough, the camera was a J66. Nonetheless, this thing looked really cool and I wanted to either find film that would work or modify the camera to take film that would work. A while back I read a blog post from a guy that goes by the name of moominsean (I greatly apologize that I don't know his full name) that inspired me more than I thought it would. You can find his original post here. Check out his blog if you can... amazing photograpaher and his posts are very entertaining. Basically his post describes how he converted his J66 and I immediately did the same.

So without going into too much technical detail, I hacked apart a film back from a crappy plastic 210 or something and JB welded it on to the back of the J66. What an awesome camera! Yes it's cheap and has a single element fixed focus lens and has a pneumatic shutter (pneumatic?) and weighs 175lbs and uses AG bulbs that make people think a bomb went off when using the flash in public... but each shot I have looks awesome. The results are a beautiful blur of a different time caught in a sharp black and white image. Because of how easy it is to use thanks to the electric eye and fixed focus, I can see why it was so popular back in the day.

"Probably the most common camera in this group. This was a very popular camera at its time-- it wasn't particularly versitile, but it was easy to use, had a built-in flashgun, and was somewhat less expensive than its brandmates at the time."
Here's a few shots of the camera and some shots I've taken with it (works great with color film too but takes a larger bulb... you can see my daughter already anticipates the blinding of another shot). It's been a while since I've used my J66 (I also have an unmodified rollfilm version that I like to use on sunny days) and writing this is making me want to take a peek at using it again.

Really quick before I forget, we here at 2nd Shot (me and Dubbs) are also 3-D dorks... movies, games, images, comics, even lenticular bookmarks. It just so happens that a little company by the name of Robins developed a stereoscopic attachment for the J66 that included a split mirror attachment and a viewer. The viewable print is a bit narrow but actually works quite nicely... I love using this camera and I plan on using it for a long time or as long as Fuji keeps cranking out packs of instant film. Thanks Fuji!!! 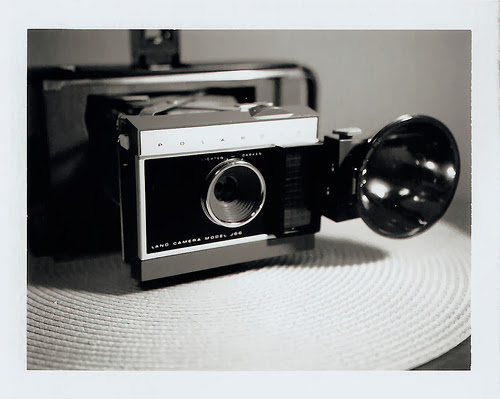 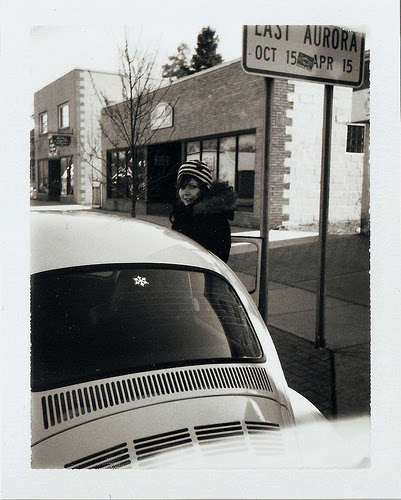 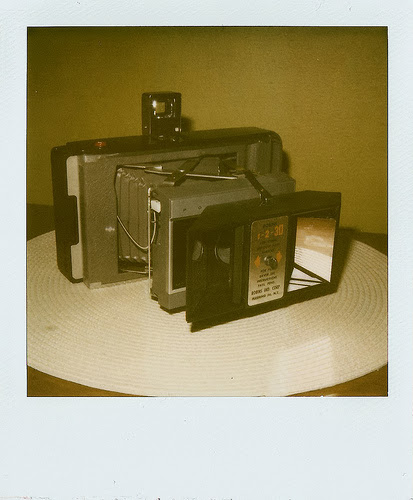 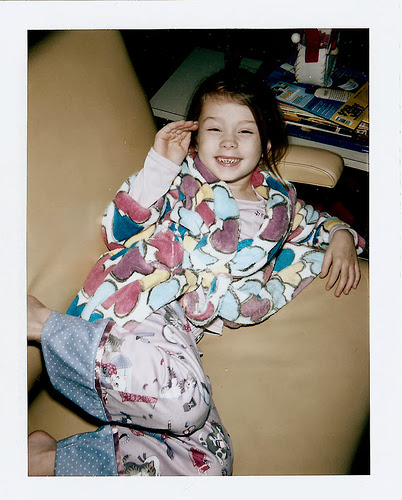 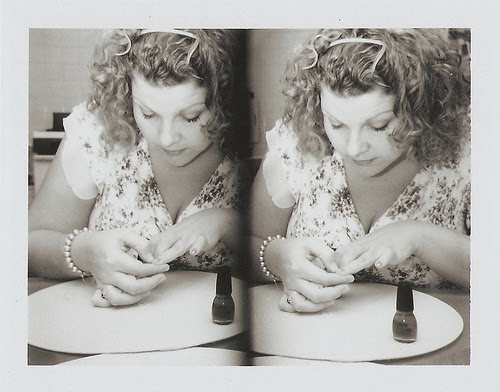