I’ve been very busy in the shop these past few evenings getting two beautiful 680s finished up for a customer (the repairs include some faceplate reconstruction - more on that later) and while I’m waiting for skins to arrive, I figure I’d spend some time taking inventory of my donor cameras and see what can be gathered to build four camera bodies. Some chassis had been bent, busted hinges, nasty Fresnel lenses, broken shutter boards, cracked mirrors... but I found some really good parts that will make some very beautiful cameras that will eventually be up for sale. I figure I would post a brief rundown of how I build my cameras but skip the micro details like soldering, adjustments, and cussing.

Part 1 will go through the chassis and body build as the four shutter/sonar assemblies were built earlier this week (pic on Instagram) and all I have to simply do is mount them to the shutter board and solder the flex cable in place. Please pay no mind to the clutter as the pics progress… I try to clean as I go but sometimes the parts and tools stack up quickly and I end up in an avalanche of what looks like disaster on the work table.

First I started with a bare chassis that was in great shape. It’s not entirely bare as all the mounting posts and some components are there but it’s missing the counter assembly, gear train, motor, flex cable, shutter/sonar, and fresnel/taking mirror carrier. 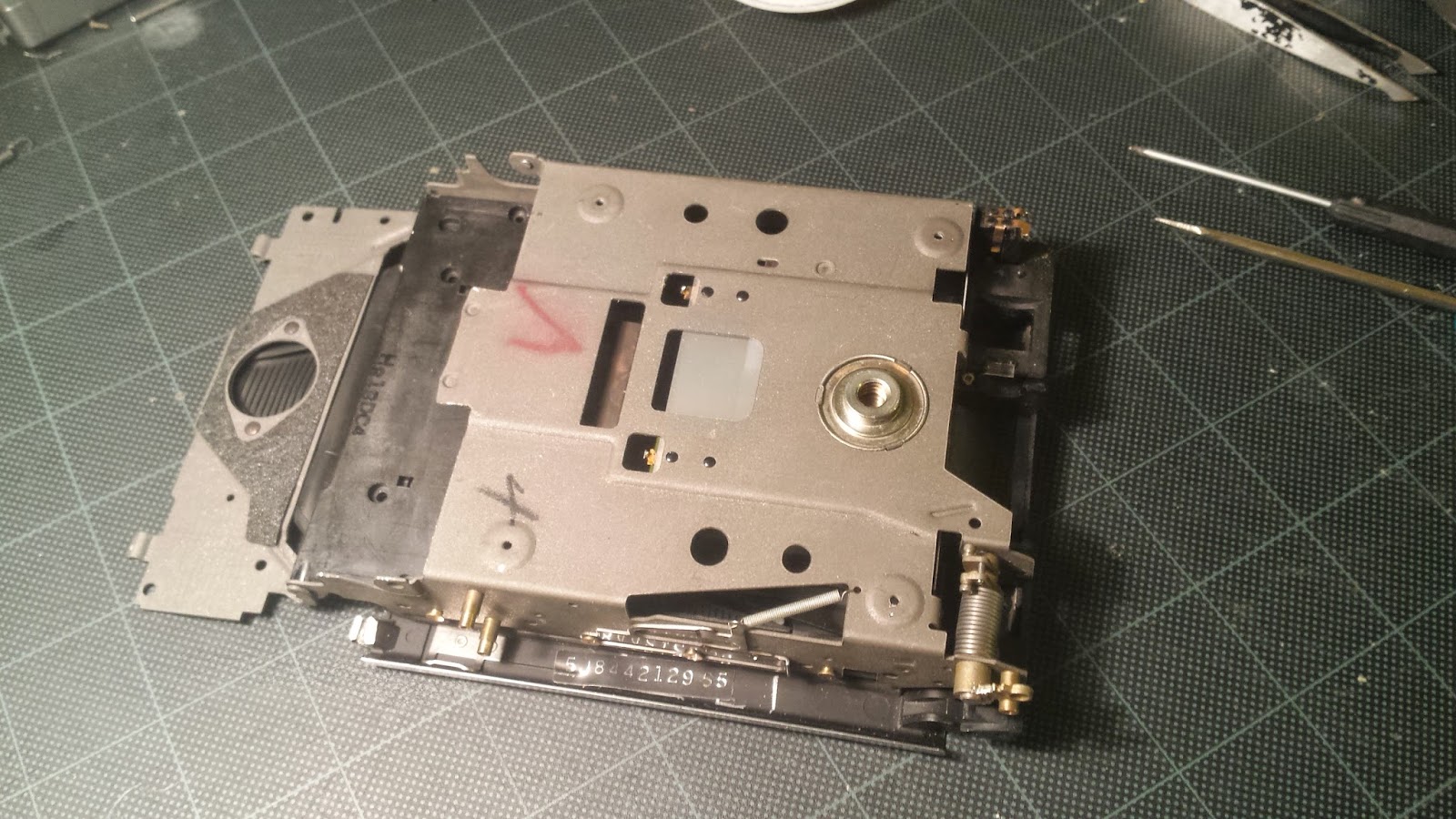 Next I found a good film counter assembly that had the switch contacts mounted properly. Sometimes when unsoldering the flex cable, the mushroomed heat stakes can melt off releasing the contacts. I’ve learned to lower my iron heat and unsolder away from the stake points. 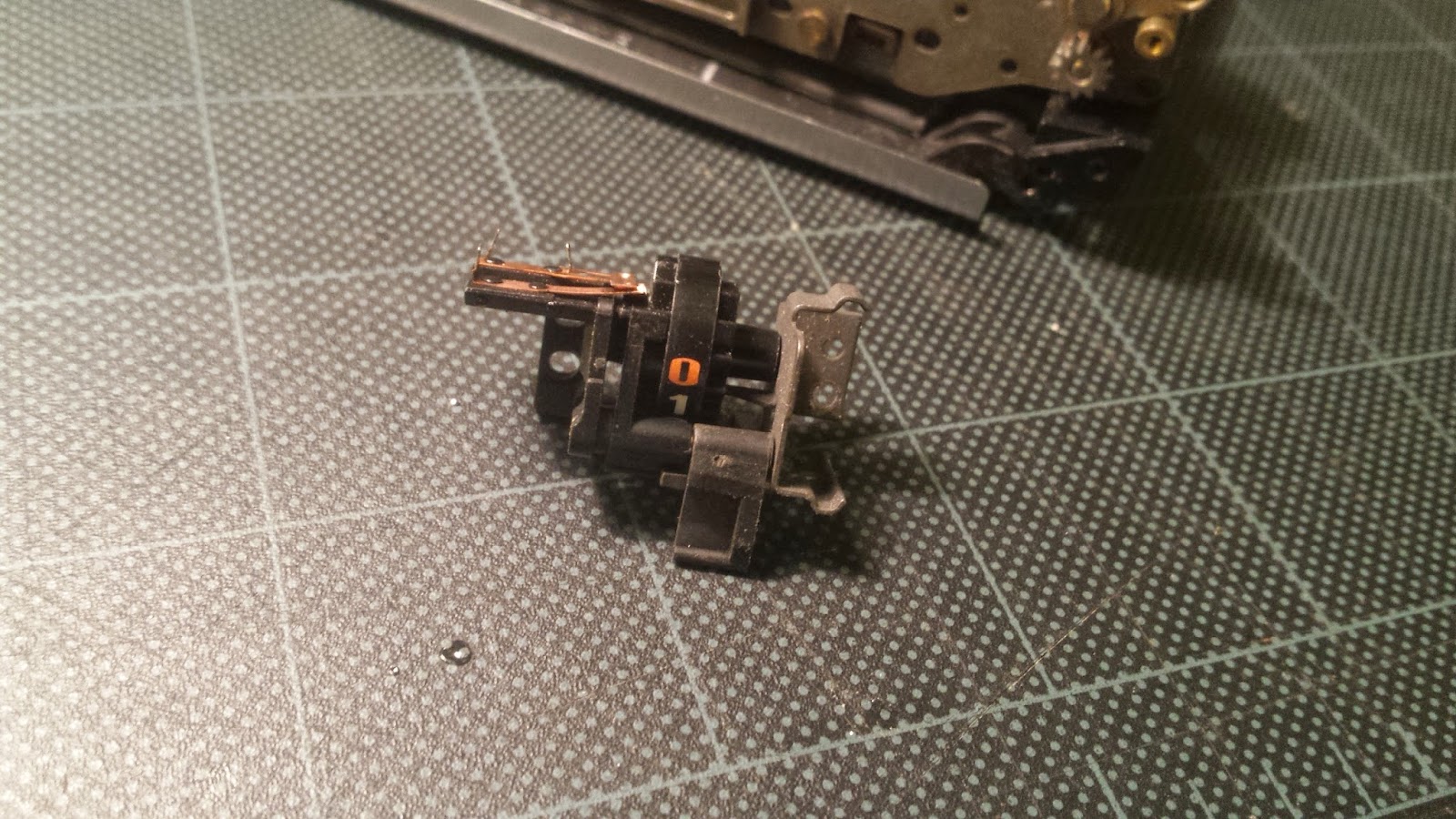 Next was to mount the Fresnel carrier in place. As a side note, I make sure to gently clean the lenses before assembly. The Fresnel surface is unbelievably fragile and even some of the slightest scratches will show up in the viewfinder. 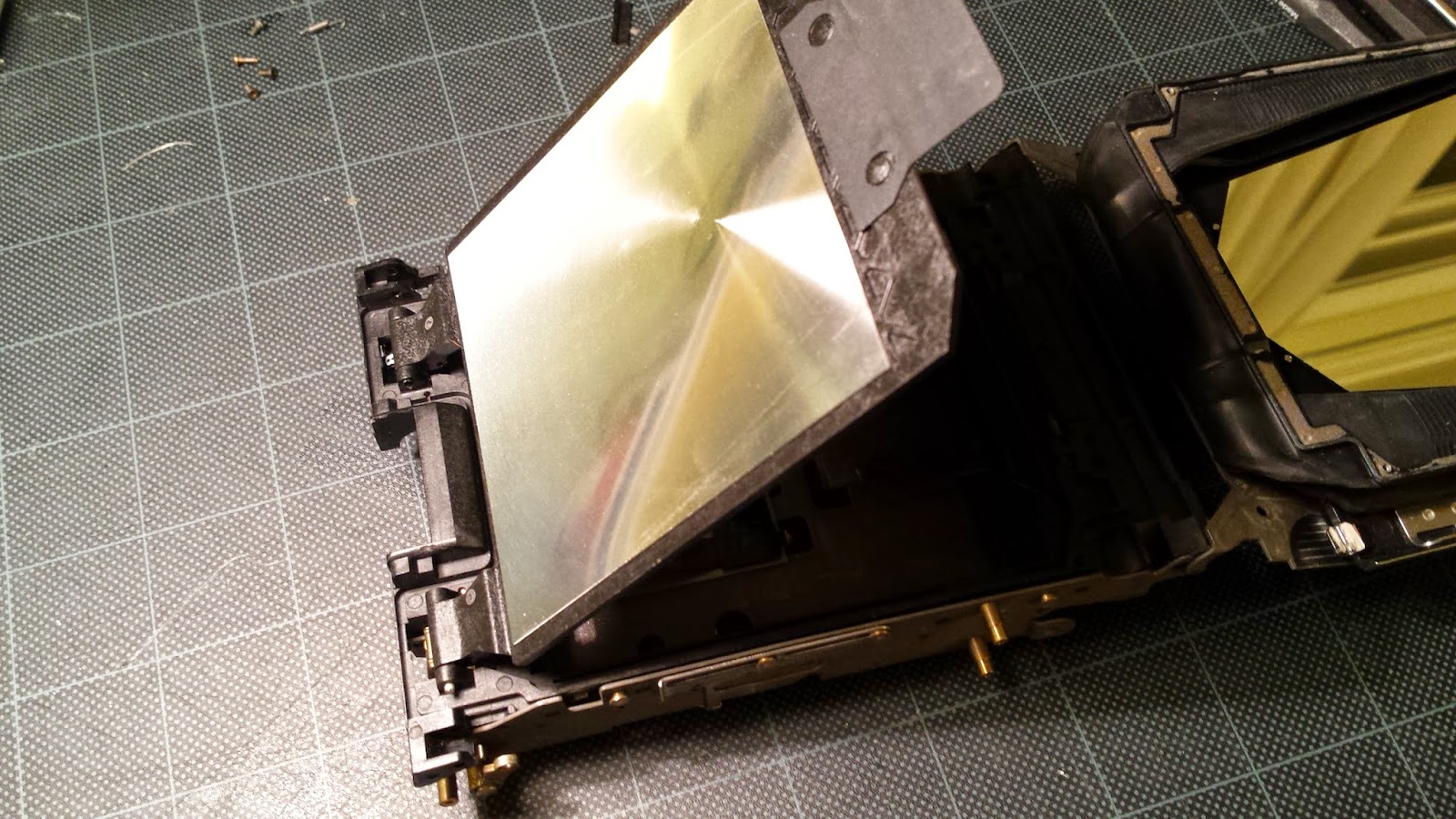 Next up is the gear train. 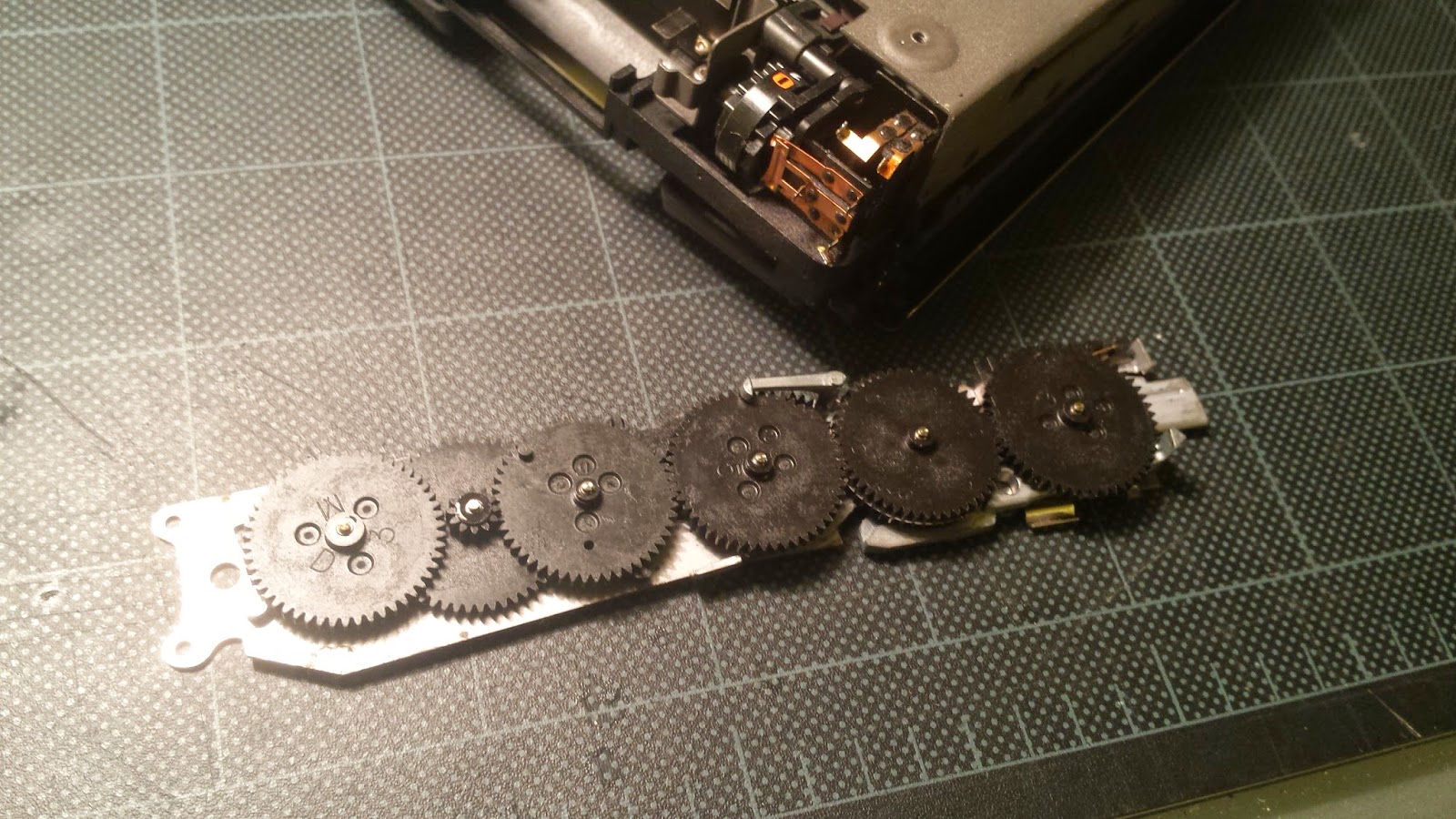 At this time I had an “oh darn” moment (I used different words) when I found that the donor rear mirror cover had a broken hinge. There was a reason this was in my parts bin in the first place I guess. Since the bellows are riveted to the shutter board on this model I decided to scrap this chassis and start over but using a chassis from a black plastic model. I really like the BC Series black and chrome look anyway so this little oversight will work to my advantage. 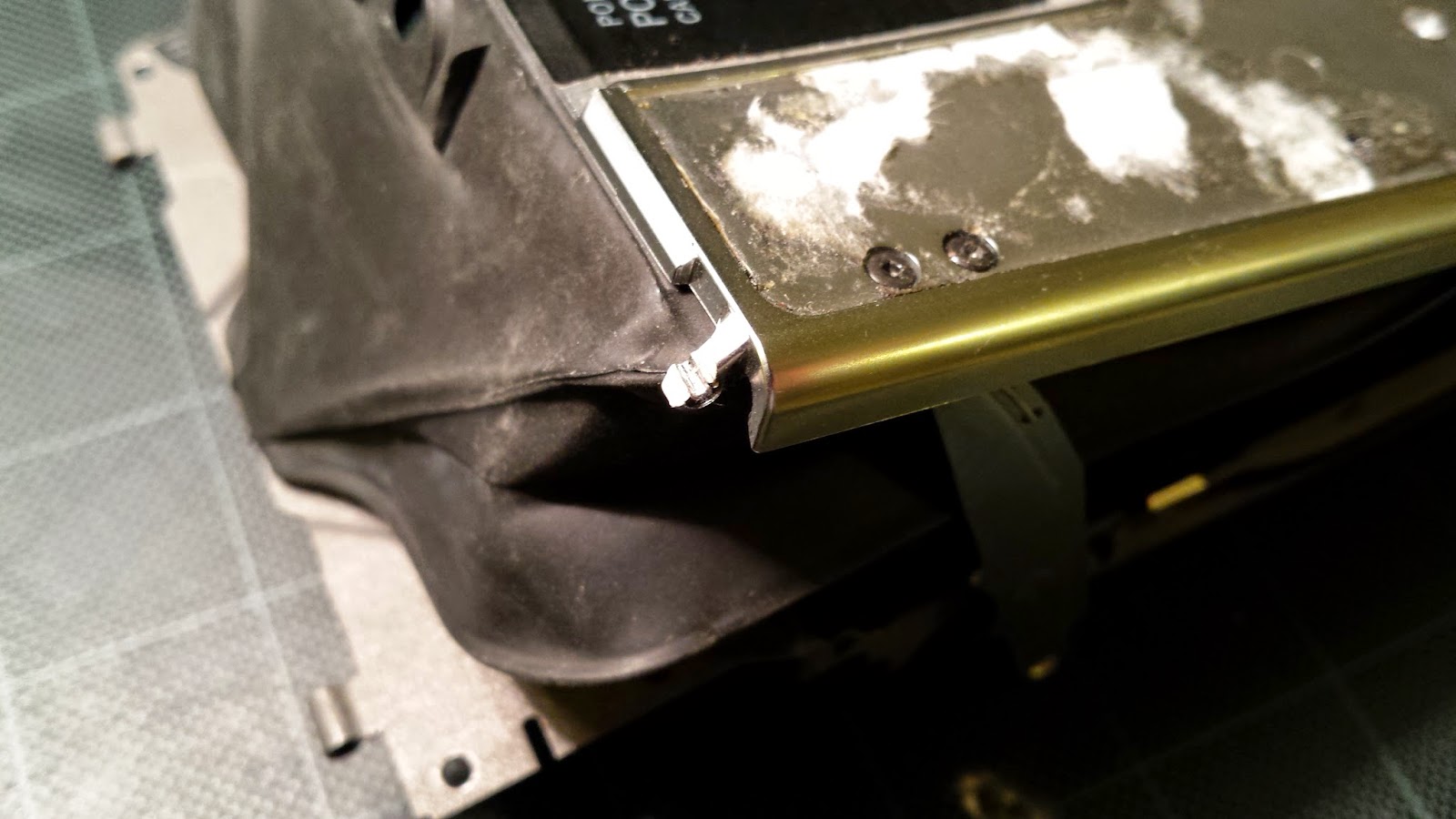 OK… fast forward an hour - I got all the previous parts mounted on the new chassis, installed the gear train, and closed the camera up. 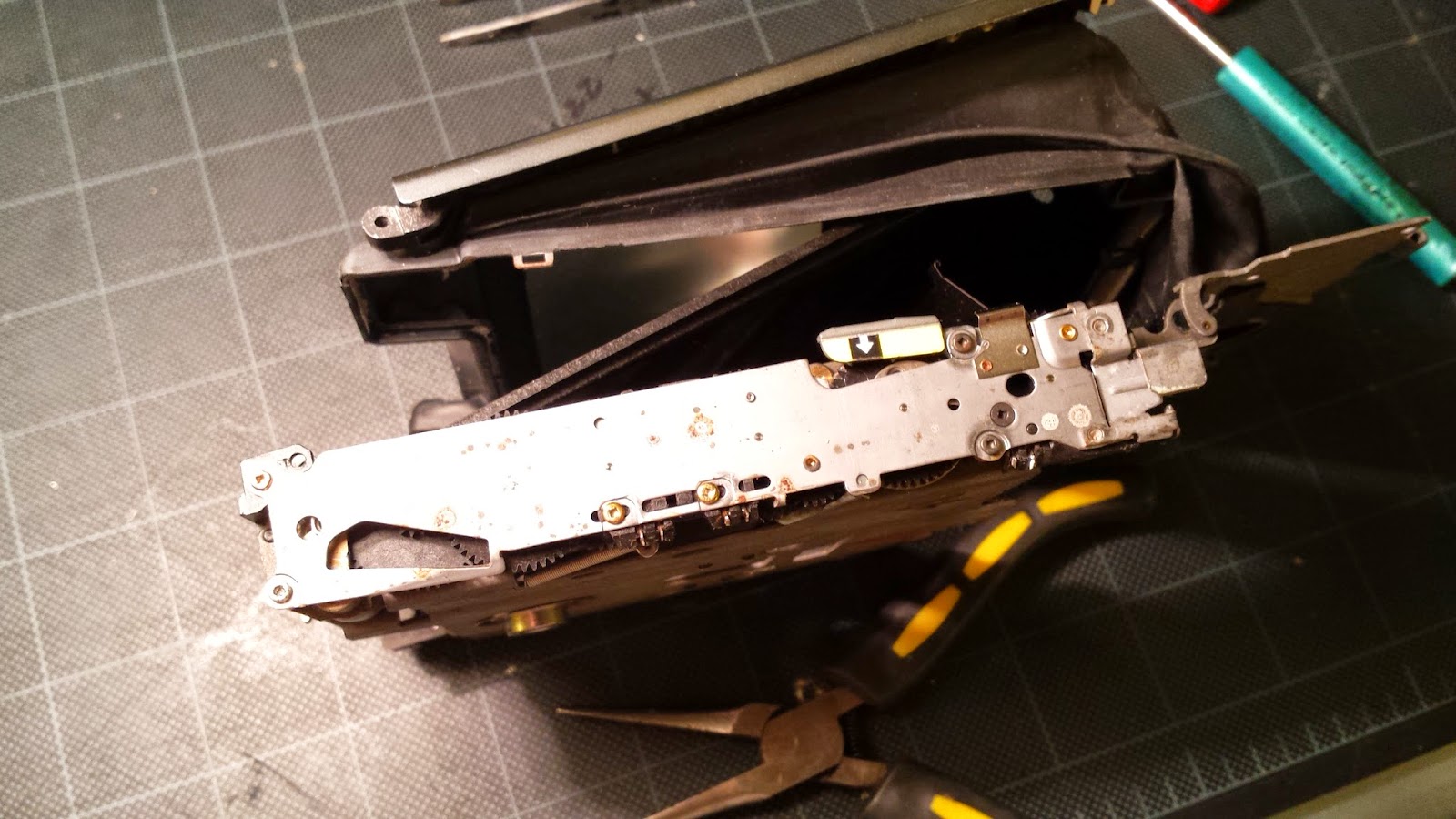 Next up is the flex circuit with a reconditioned motor. I try to only use parts from similar models especially when it comes to electronics as many improvements were made as the camera evolved that aren’t compatible with earlier cameras. For example, there would be potential for all kinds of problems if I were to use an early model shutter substrate with a later model flex circuit that has a later style motor control circuit or MCC. 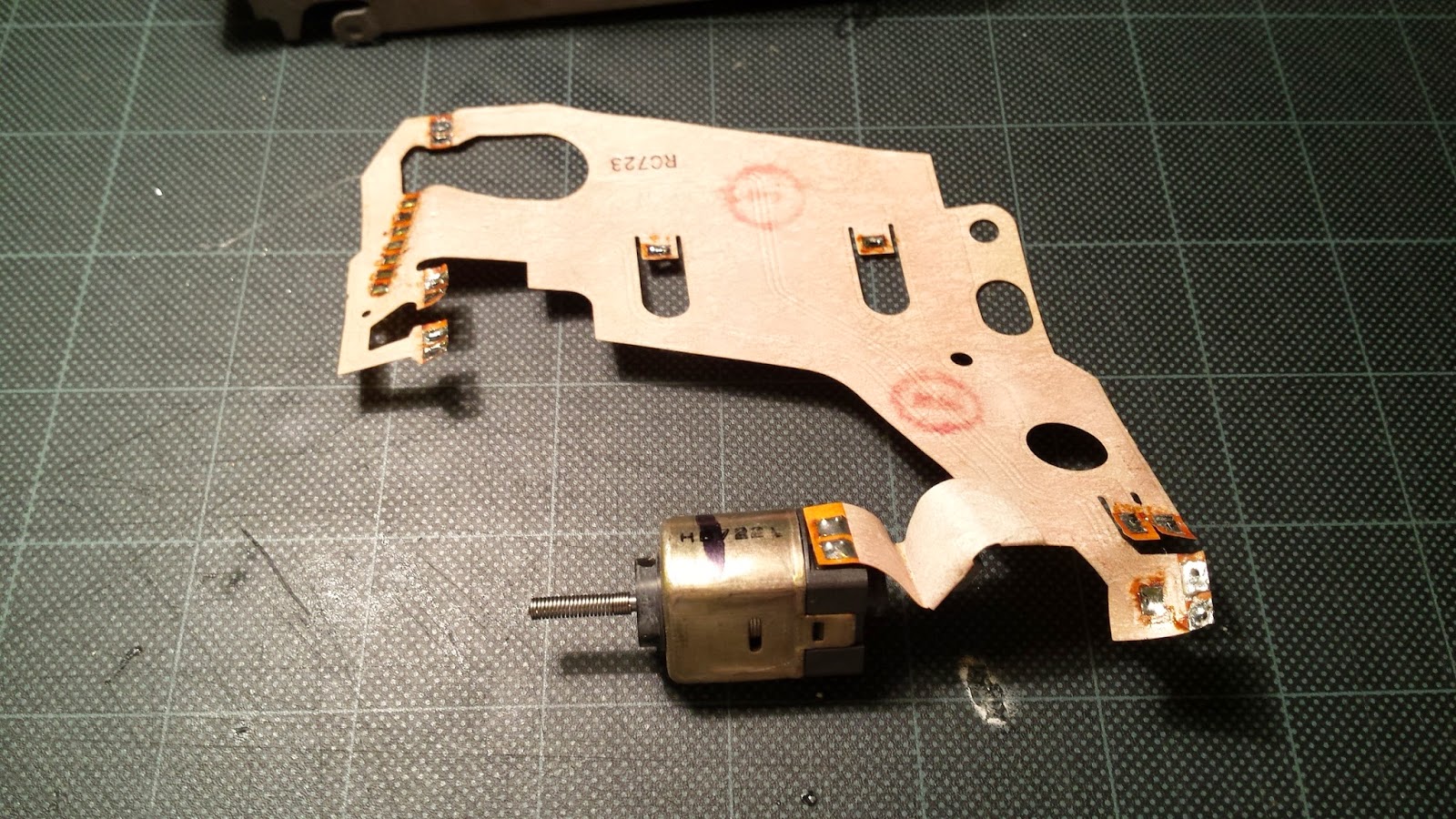 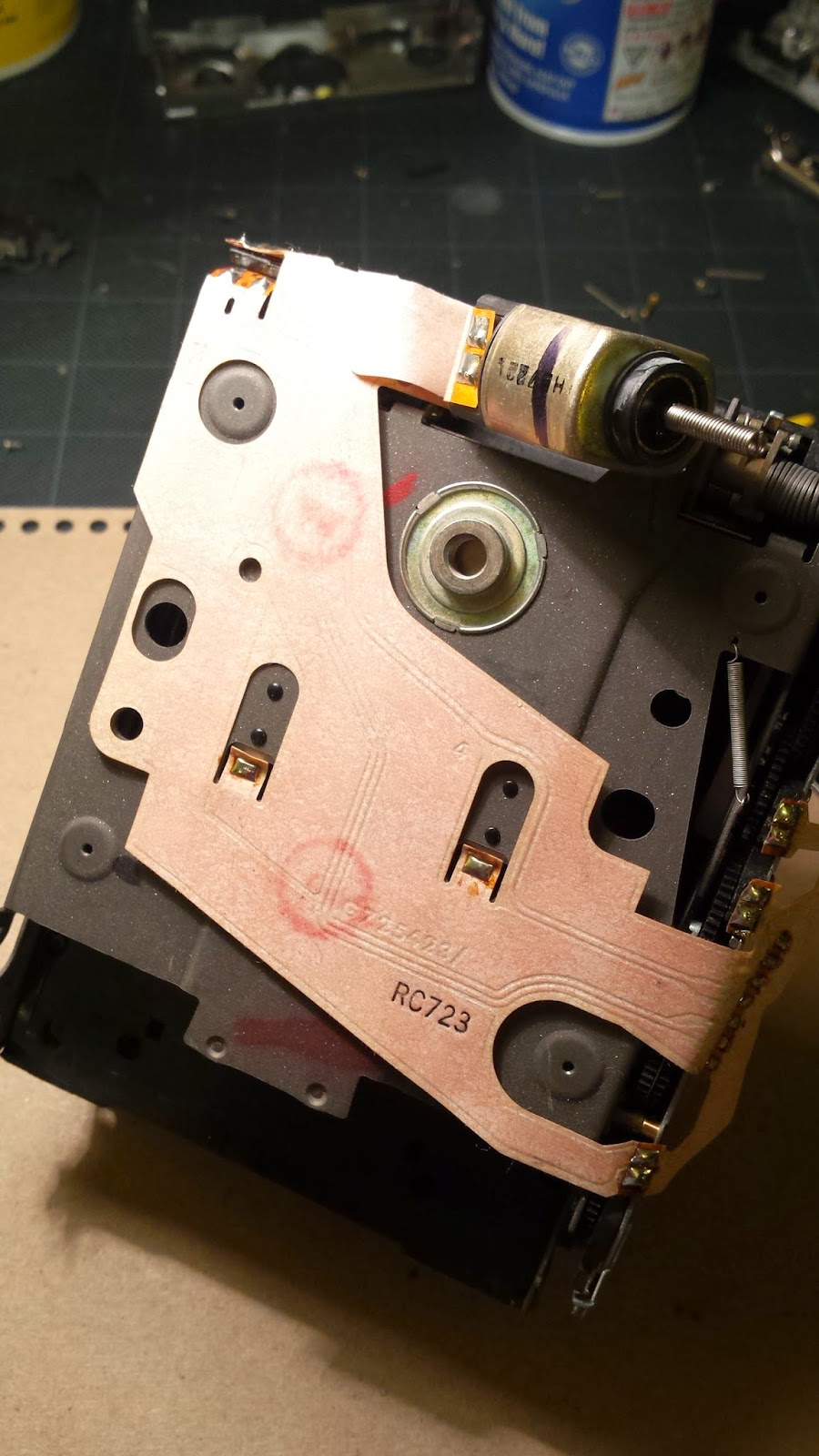 That’s about it for the body. I made some alignment adjustments and ran the gear train through several cycles to make sure everything will work properly. Then I mounted the shutter assembly to the chassis and ran several cycles. So far so good! 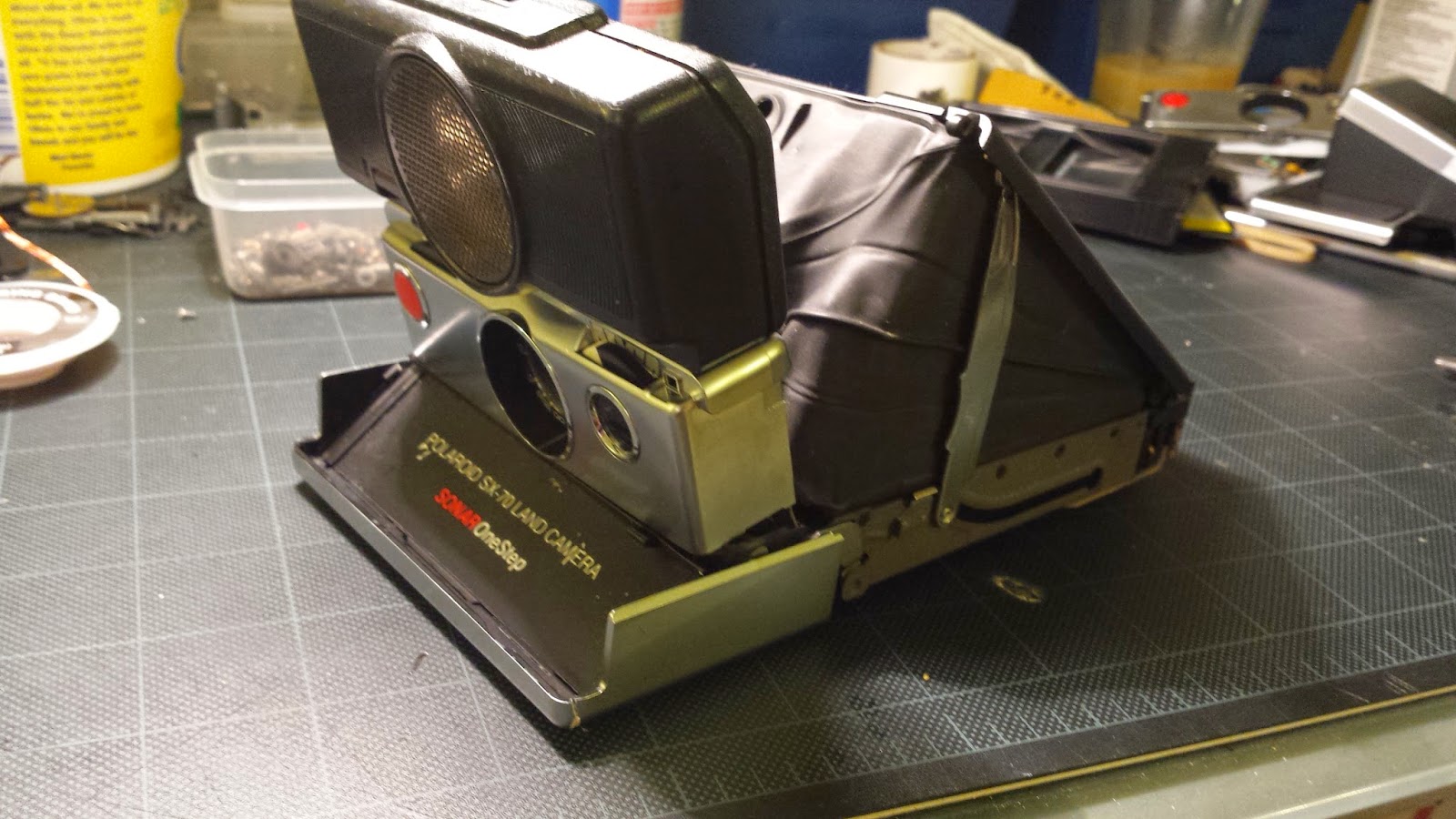 Finishing up, I found some good parts that will look fantastic when cleaned up and did a dry fit. There will still need to be some optical adjustments as there is a bit of shadow in the viewfinder. This is mostly due to the camera’s geometry becoming misaligned over years of use. It's not pretty yet but after an evening of cleaning this is going to look fantastic! 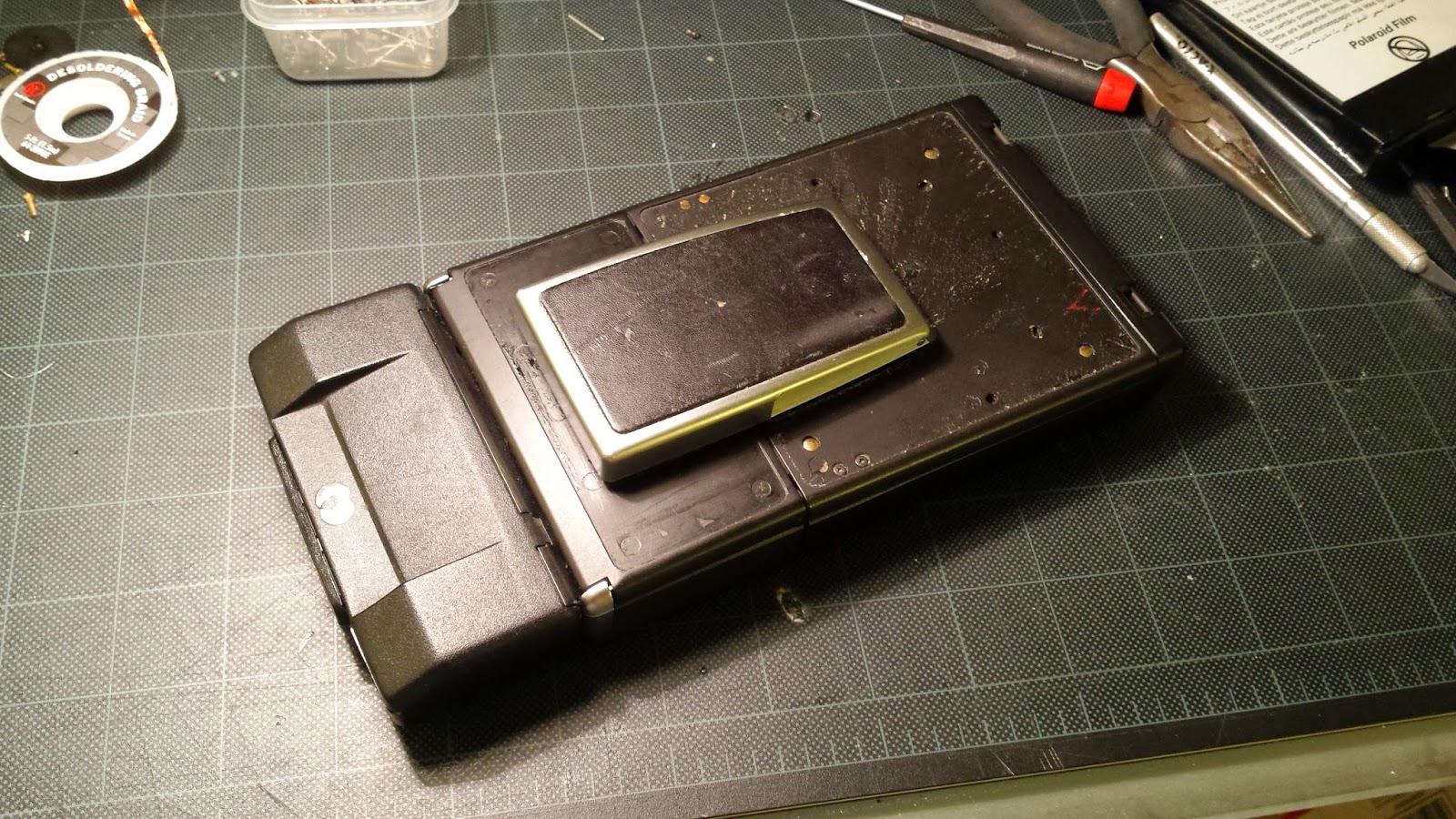