Blog posts here have been fewer and far between… plus they seem to be getting more personal lately as we take a few months to wipe out the cobwebs and realign the biz and set our new goals. I’m going close 2018 with a few new FAQs that will provide some clarity for 2019 and hopefully shed some more light on where we’re headed. If you want to skip through the over-explained bullshit, feel free to scroll to the end of the post for the summary. I won’t be offended. Ok, maybe a bit, but I’ll get over it.

I made the announcement a few months back that 2nd shot is phasing out all repairs, and for the most part that’s still holds true. Fewer parts are available and gradually becoming extinct (or ridiculously expensive), customers are expecting shorter turnaround times, vendors have all jacked their prices up significantly (c’mon Shapeways… gimme a break), and I’ll be upfront and say that there is no glitz or glamor being a hermit sitting at a workbench 24/7. I’ve been getting a lot of questions regarding the direction of 2nd Shot so here’s a few FAQs answered. 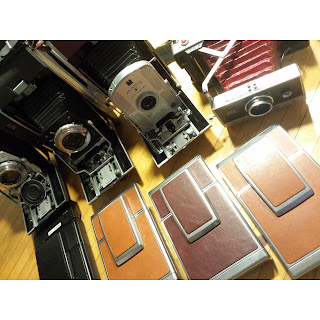 Are you done doing repairs for good?

As of 1/1/19, we will be freezing any new repair submissions to finally catch up and fulfill all existing projects/repairs. After the latest 100+ cameras in the queue are finished and back to their owners, (sometime around late Spring), we plan on continuing repairs but only if it’s i-type or 600 mod related. So, if you have a busted SX70/SLR680 and would like it restored/repaired to use i-type film, we’ll take on the project. Moldy, rusty, or severely damaged cameras won’t be accepted, but you can use them as trade-in credit. Quick heads up though that we’re not going to offer big bucks for a barely working model 1 (ballpark is 15-10 USD). Ebay pricing is a poor measure for camera value in any condition… And if you don’t get your 500 bucks for your Model 3, please don’t throw it away but rather donate it to your local thrift or Salvation Army. Someone else will be happy to own it.

Will you still be selling cameras?

Yep! I’m proud to announce that even during our repair submission freeze, we will still offer high quality cameras sales, both i-type modded and 600 modded models including Model 1, Alpha 1, and SLR680. 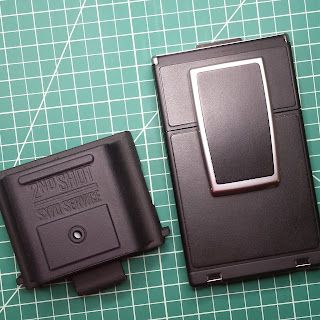 Will you still have parts for sale?

We no longer offer parts for sale except parts that are 3D printed or produced in-house like our optosensors or 3D printed filmbacks and faceplates). If you’re an ambitious DIYer, use your resources, get a repair manual, a good set of tools (make your own!), a few donor cameras, and start wrenching.

I need my camera repaired right away… where can I send it?

It’s already been the 8-10 week turnaround you quoted and I still haven’t received my camera. WTF?

I’ve said it many times, thanks for your patience… but please, we ask you be a bit more patient than before. We’re not Amazon nor do we don’t assembly line these but rather disassemble fully, repair what is needed, and make preventative repairs so the camera doesn’t fail after regular use. We don’t skimp on details nor rush jobs. There are times where additional parts break, fail, need reinforcement, or even new parts fabricated or purchased. There are hidden surprises in these cameras. After all, they’re almost 50 year old gadgets. If we run into a major problem, additional time is needed to get new parts or make new ones.

I’m worried you sold my camera or that I won’t ever see it again!

Yeah, we don’t do that. You’ll definitely see your camera again but we plead that you trust us when we say it will get done. Re-selling customer cameras is a huge NO-NO and we have a pretty good ethical business sense so no worries there. If you’re doubting our business or work ethic, please take a moment to check our testimonials page at www.2ndshotsx70.com/testimonials.

I have these blotchy streaks on my pictures! What’s wrong with the rollers?! 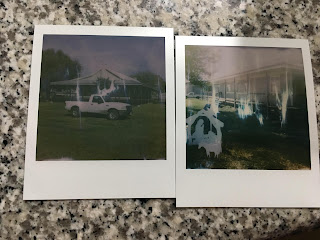 Nothing… it’s the film. See below.

Why are you only going to be working with i-type film?

This is an easy one to answer but tough to explain… A few months back, there was a flood of complaints from customers that received cameras back from repair. The complaints ranged from heavy streaking on prints to no response from the camera when a brand new film pack was inserted. It was later concluded that these problems had absolutely nothing to do with the camera’s performance but rather the film formula and low battery voltage. This could have easily been a problem with QC from PO but regardless, it cost us quite a bit with warranty and return shipping costs as well as a few disgruntled customers.

This could just be speculation but from a business standpoint, it would make perfect business sense that PO only offer and fully concentrate on R&D for a consistent quality film format to use with their OneStep2 camera line. SX70 film is not offered in retail outlets and 600 film is essentially i-type in a battery charged film pack ($$ lots of overhead $$). So, this might be why we see better quality film in i-type film packs. We’ve had great results with the latest and greatest packs of i-type film as compared to 600 and SX70. Have a new camera available on the market? Better make sure the film for it works 100%! It’s subjective whether Instax films are better than PO, but the facts are that the chemicals from Instax give a consistent result. Consistency is crucial for a successful product. 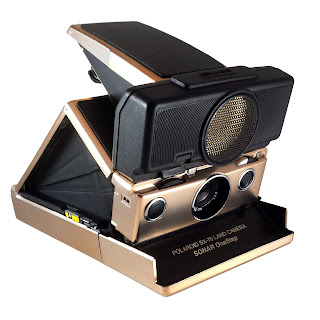 Why are you cutting back on repairs? Did we do something wrong? Is it our fault?

Nope… we love you all! There’s a lot of changes going on for instant film. Pack film is peeking its head out for a potential comeback and that could affect the integral format to the point where it could be a competitive product (unless PO buys the rights to that as well but who knows).

Regardless, we’ve noticed a few things… There’s been a bit of a decline with repair requests and more correspondence from DIYers, high expectations from new instant film users that are disappointed with image results, a shift to more Instax users (who now refer to the Instax format as “Polaroid”), and third party vendors that have cameras repaired for resale. By no means is there anything wrong with these, but from a business standpoint, there’s some hurdles to overcome to fully appease each group and our resources are limited to overcome those hurdles. Essentially, we’re striving to simplify our process to be more efficient with turnaround times. 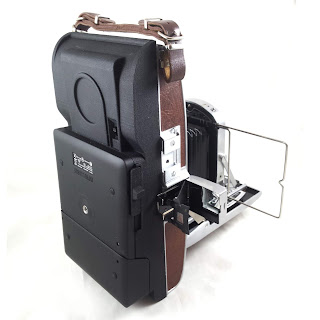 I’m running a series of film tests on my cameras and get very mixed results. Why?

This is also an interesting subject that could potentially get expensive to prove (plus I might be walking on eggshells here with the film manufacturer). Each batch of film commercially released for your SX70/SLR680 is different. This is a reality and consistency is very difficult for the manufacturer to accomplish due to limited resources. Each film type is different. Each film batch has different properties and expires in a different manner and at a different rate. To sum up… there is still no constant film formula (that we’ve seen anyway) to rely on for consistent results at this time. Much like a restaurant perfecting a recipe (oh fer cripes sake, really?… a food analogy?) the real challenge is to get consistent results for the final dish so the customer knows what they’re getting the next time they show up for dinner. Any attempt to compare film results from one batch to the other is fully inaccurate on any Polaroid camera using the latest films. A certain batch of 600 will work perfect in your modded SX70 or SLR680 while another will not give the same results. I still have a lot of hope (and will happy to financially support the R&D) that one day we’ll be able to buy a pack of film and be able to have full confidence with consistent results… but we’re not there yet.

How much time you got lol… seriously this could (and probably should) be a whole other blog post elsewhere and I usually overthink a good business-like answer. Long story short, I found myself spending way too much time on IG and social media. Obsessing really. I fully understand that the “hustle” is real and there’s a dire need to one-up the next person when it comes to pimping the biz. Yeah yeah yeah… there used to be different names for it. I can certainly do it… I’ve done it very well in the past in other endeavors (just being confident not arrogant). I still stand by my statements that we do the best and most thorough job in this little niche biz and will go the distance to prove it. But at what point does the obsession affect your mental behavior, social interaction, and relationship with those that are in your everyday life. At what point does it skew your perception of reality? In all honesty, what’s really the final goal for “growth” in any business? Bragging rights? Wealth? Spiritual satisfaction? At what point to you become hypocritical with your beliefs on the current state of hyper-consumerism by overselling yourself for the benefit of financial gain? At what point does financial gain become more important than the essence of what the product you sell embodies? At what point does someone exist more comfortably in a virtual social environment than in physical reality? The term “growth” should be examined and challenged until you’re gasping for air. Yeah… it’s some deep shit that I’m finally becoming aware of after years of lazy and drunken perception filled with generalities and I still have a lot of questions to ask myself before I begin Act 3 of my life. I’d rather have a small handful people in my life that truly love me and I can call “friend” than 100+k followers on IG. It’s easier for some than others to control. Just adjusting my priorities and finding personal balance… that’s all.

Side note… this is the year that I discovered that mental illness and depression isn’t just feeling blue or a bit sad. It’s real AF (AF in this case = "as fuck' and not "autofocus" hahahahaha)… more real than anything I had ever imagined. Some quick advice (without going too off topic) that has been shared with me and often written or heard – open up to those that are hurting. Most don’t know why they hurt which makes it all more painful. But sometimes simply lending an ear for someone to unload emotions is the best thing you can do. On the other end of it... seeking professional help can change your life… even if it’s just someone to talk to. 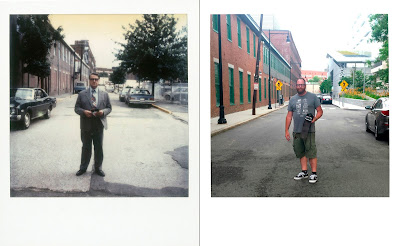 -       All current “in progress” repairs will be completed by April/May

-       No new repairs will be accepted until April/May. All submissions from then on will only be performed on cameras sent in for the i-type mod or 600 mod.

-       We are still selling fully restored cameras and doing 600 and i-type mods. If there’s something you don’t see on the site, ask.

-       It’s our opinion that I-type film packs/chemistry currently have better quality for everyday standard use.

-       Film quality differs from batch to batch. Results may vary!